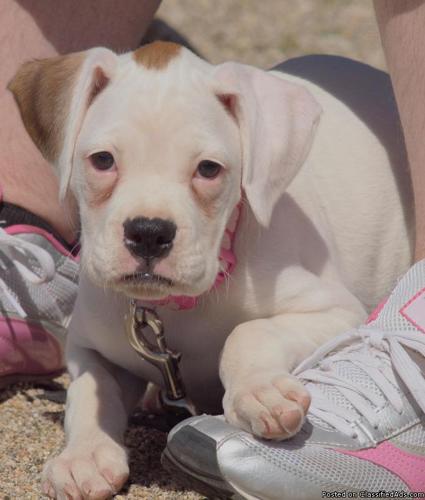 YES, She does hear and can hear...16 month old White with small brown patch on right ear and top of head. She is a purebred but not papered. She knows how to sit, come when called and that she is just to much for me.
She gets along great with other dogs and cats that don't run.
I am having to get rid of her due to not being able to control her any longer... She is too much for me to handle since I've had two shoulder surgeries. I just want her to get a home that cares for her as we do but its not fair to her to be placed in the computer room for hours while my husband is away at work. It's not her fault that I haven't the ability to walk her or to let her outside. So after a lot of thought I have come to the conclusion that its best for her to go to a home that can take care of her.
She has never been left outside all night nor has she been tied out.
SERIOUS INQUIRIES ONLY
Photo was taken April 14th, she hasn't changed other than filling out. I believe she weighs around 90 lbs. which is almost how much I weigh.

Click here to search for more - Animals in Temecula, California 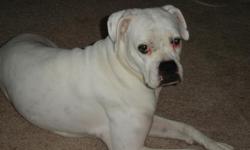 White Female Boxer
Found white female boxer in Kansas City, Missouri. She appears to have been well cared for. 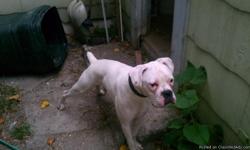 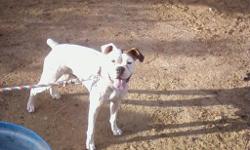 white female boxer - Price: free
i have a female boxer hes white with a brown spot over her left ear! she was born 9-11-08 almost 3 yrs old! shes good... 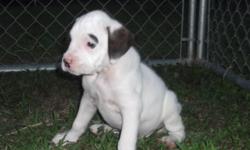 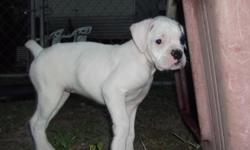 Animals in: Grosse Tete
Copyright © 2020 bestpetsonline.us, All Rights Reserved. Designated trademarks and brands are the property of their respective owners.
Home | Ads | About | Place an ad